To be sustainable and successful, any new development needs to be well connected.

Our designs are based around ensuring good access to and from the site alongside ensuring that new development does not mean unnecessary pressure on existing local roads.

The primary access will be via a new arm connecting into the A422 roundabout immediately to the south east of the site. This strategic connection into the main edge-of-town route means vehicles coming to and from the site can do so easily and without rat running through areas of existing residential development to the east of the site. 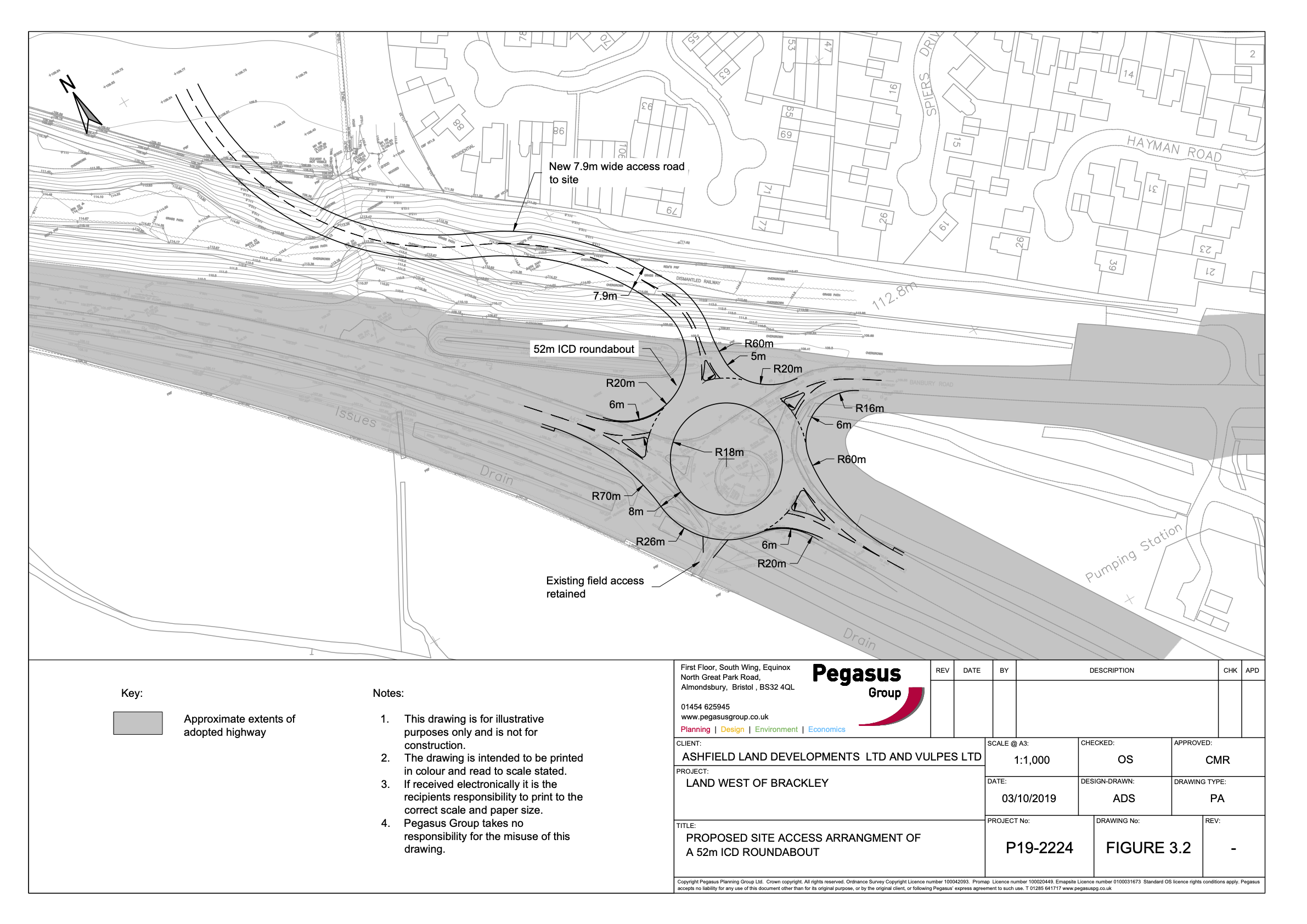 Proposed new access to the A422 at the south of the site. Click image to enlarge Pinch to zoom 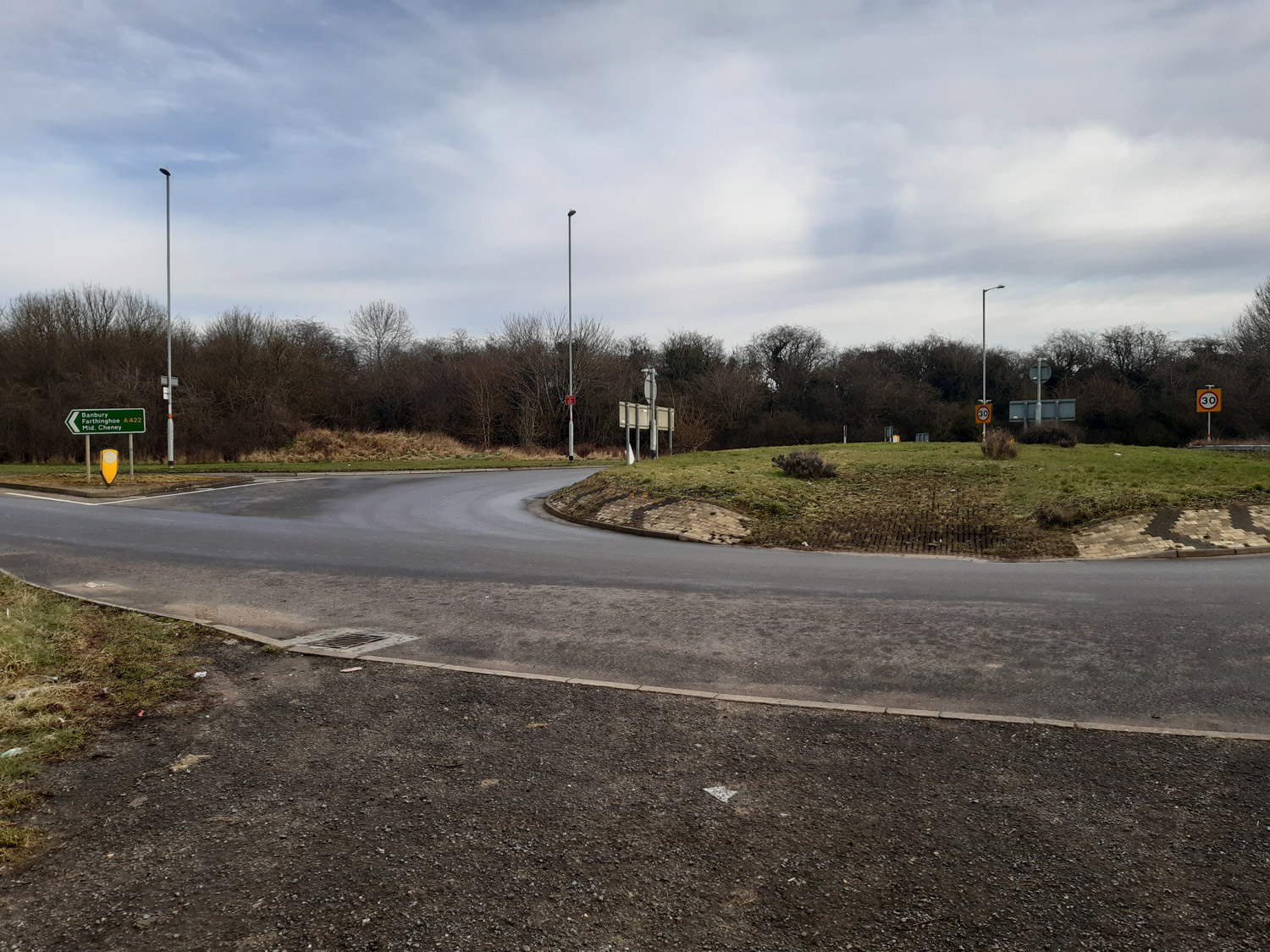 The existing roundabout on the A422 which would be expanded to include a new arm linking directly into the site. Click image to enlarge Pinch to zoom

The proposals also include access via Halse Road (to the north) where a new roundabout is proposed. 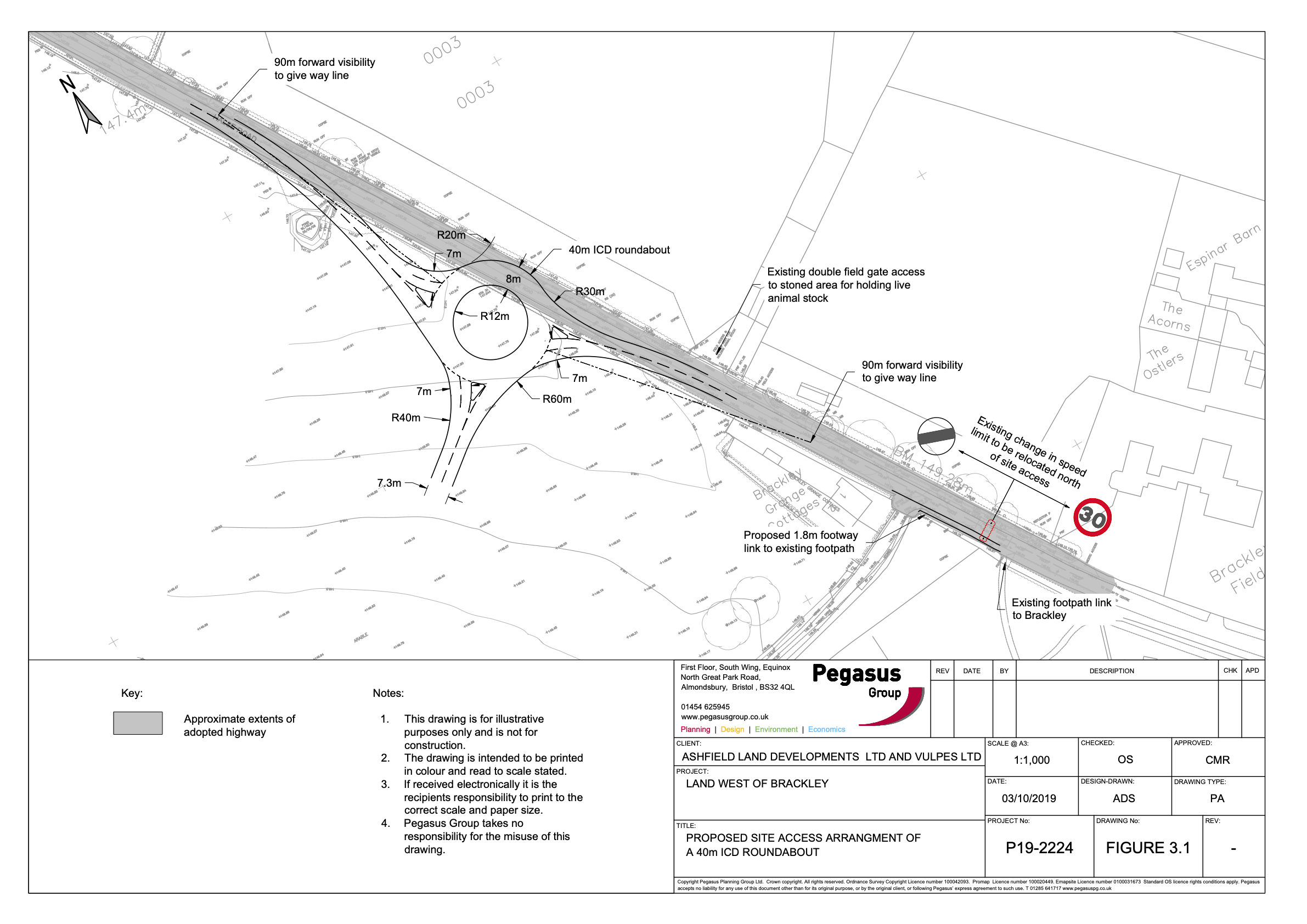 Proposed new access onto Halse Road at the north of the site. Click image to enlarge Pinch to zoom

A spine road running through the site will link the two access points and create the connectivity which makes it easy for people to get around.

While we all recognise that cars are part of daily life, we want to encourage walking and cycling where we can.

Our designs include a network of linked new foot and cycle paths, connections into existing routes, and a trim trail.

Because the site is approximately one mile from the town centre, we are designing its layout to encourage walking and cycling into town.

You can get in touch with us here.